Tottenham will face off against their Europa League opponent Skendia tomorrow. Mourinho will attend an online press conference before the game. Faced with a Macedonian reporter's request for a photo to comfort his father, Mourinho readily agreed. 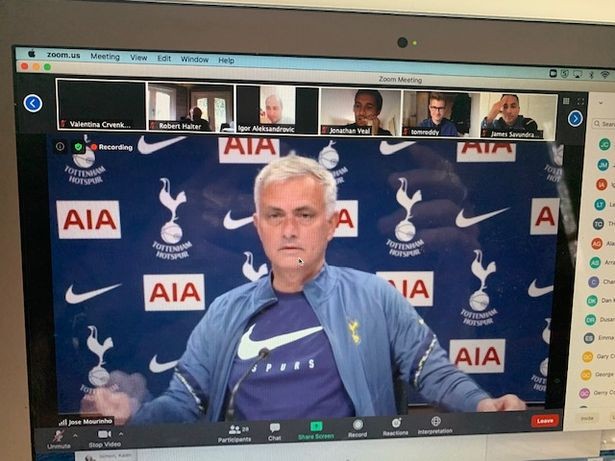 The Macedonian journalist’s name is Alexandrovich. He told Mourinho: “It’s a special opportunity for me to ask you questions. I have to ask you something on behalf of my father. He has now passed away. When he was very sick, he once told me that he hoped I could have the opportunity to take a photo with you."

"My father respects you very much. If you agree, I will frame the photo and put it in his sleeping place. If the game goes well tomorrow, can you allow me to do this?"

Mourinho replied: "Thank you. Whether the photo is taken or not has nothing to do with the result of the game. I promise you. It would be easier if you can see me before the game or go to the hotel. It doesn’t matter if it is after the game. This has nothing to do. I would be happy to take a photo with you. I pay tribute to your father. He cherishes me so much. It is not what I deserve."